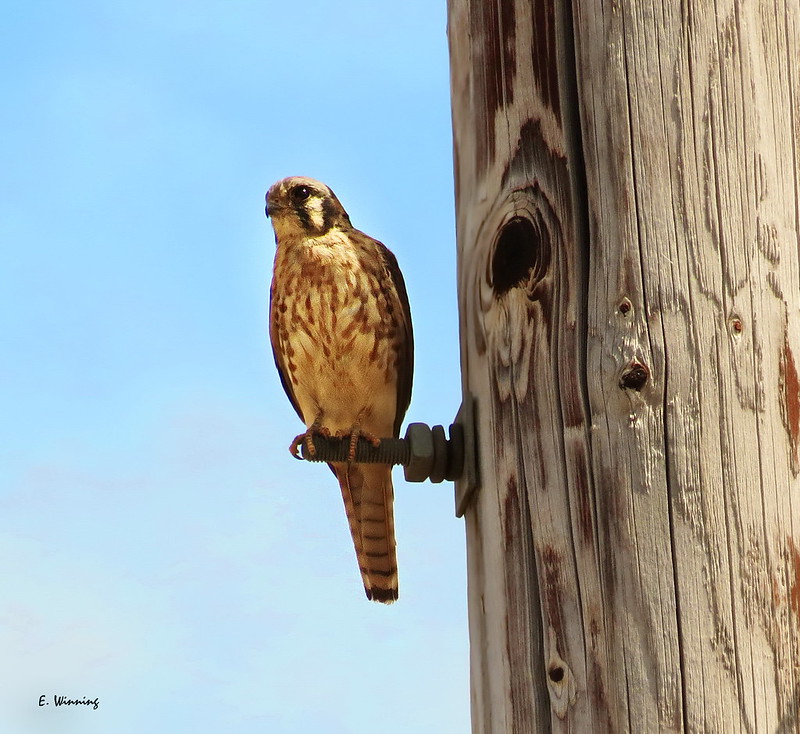 We were on our way to Rainier, and we took a detour to visit one of our favorite birding spots, Baskett Slough, 22 miles west of Salem, Oregon. Now, the basin that fills the slough would be full if Oregon had its normal rain on the west side, but it appeared - for at least three years -that they were experiencing the same drought as we have been in California. With no rain, we didn't expect many birds, and our expectations were met.

What could save that little detour was this one American Kestrel, the smallest of NA's raptors. What really could have saved it would been a male kestrel because, in addition to being the smallest, it's the most beautiful raptor. At 22 inches in length and weighing 6 ounces, it will never be considered stately, but the markings on the male just make it a prize catch.

Still, I was determined to get the lone female who would come to this perch and face away from me every time, always on the shady side. She's take off just beyond reach of the lens, hover, and come back, perch, then turn around. I decided I didn't want to take up residence at Baskett Slough, and when I finally got this shot, we left. There was always next year, except there wasn't.