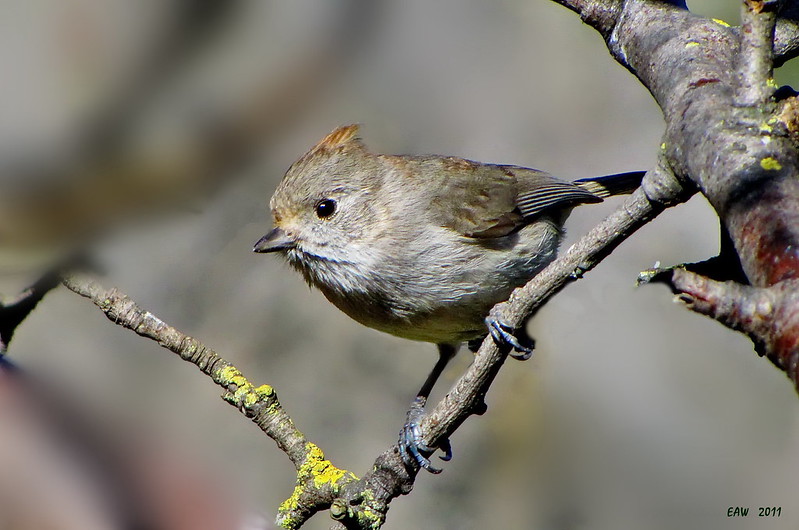 The Oak Titmouse is a small (one ounce, 3 inch) bird that inhabits woodlands on the California coastal region to Baja. It's almost identical to the Juniper Titmouse except for song and range. In fact, because of the brown tinge on the crest of this one, I would swear it's a Juniper titmouse, but they're almost never seen in the lower elevations.

The Oak titmouse is active, very active like a bushtit or wrentit. It is feisty, and highly territorial. It mates for life and will drive off any other titmouse or threat in its territory. It's a good thing its territory isn't that large. When I go out in the morning, I will see at least six to eight in trees surrounding the front of my house.

I never thought I'd get a shot at one of these. They move too fast. But 2011 was a bumper year, and I even got this one at about 12 feet in a pear tree. Sometimes, the older powershots were better at closeups than the newer SX 40s and 50s.