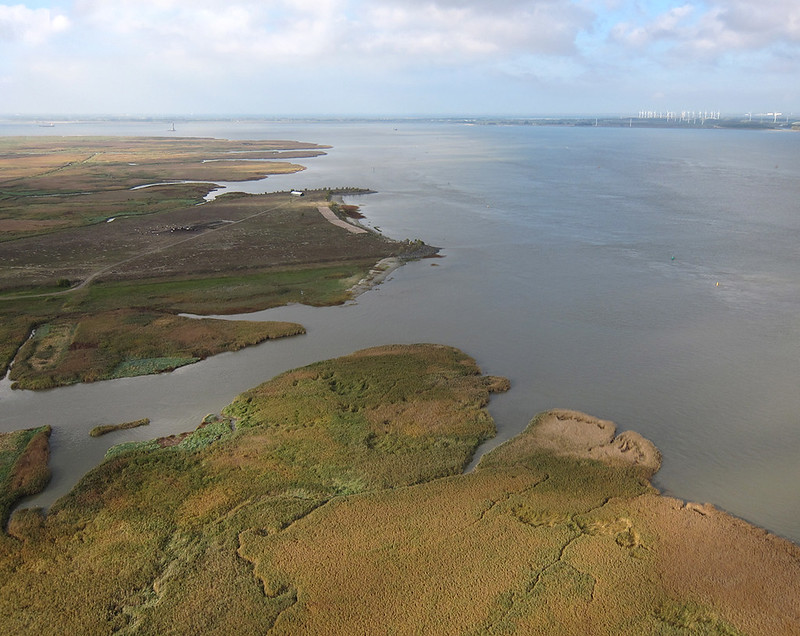 The Netherlands
“The Drowned Land of Saeftinghe” is a large-scale, salt marsh wilderness, situated in the River Scheldt estuary. In late medieval times it was a flourishing area of ‘polders’ and villages, and even had a castle. Saeftinghe was of great strategical importance; whoever occupied it, could control access to Antwerp harbour. Heavy storm floods during the 14th and 16th centuries devoured large areas of the reclaimed land and, during the 16th century Eighty Years’ War (the Dutch War of Independence), the dikes of Saeftinghe were pierced in order to flood the land, in an attempt to defend Antwerp. So Saeftinghe, covering 3600 hectares (36km2), became a vast brackish intertidal area, the largest of its kind in Europe. It gives an insight into what the ancient landscape of Zeeland would have once looked like, ever-changing with the ebb and flow of the tides. The water of the Western Scheldt enters and retreats with every tide via a system of creeks. The Western Scheldt is an estuary, where the fresh water of the River Scheldt mixes with the saline water of the North Sea.
The mudflats and vegetated salt marsh create a haven for birds: tens of thousands of birds come here to feed, to rest and to breed. Over the years, more than 200 bird species have been recorded.
Image made with kite and camera (attached to the kite's line).