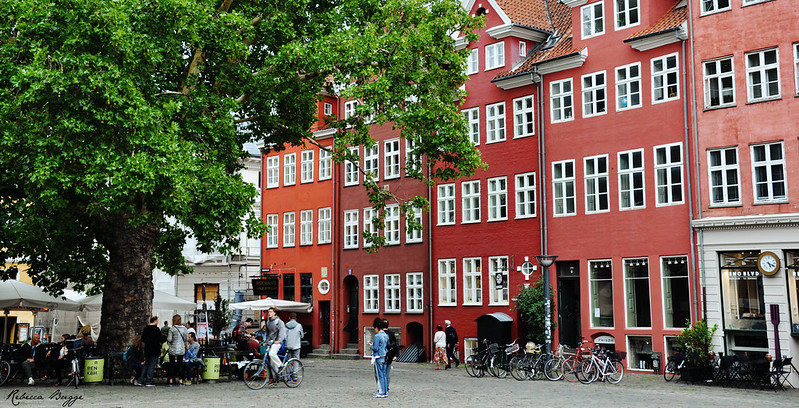 At Gråbrødretorv (lit. Danish for The Greyfriars square) in Copenhagen. The colourful buildings were built after the fire of Copenhagen in 1728, which means they are closing in on 300 years of age by now.

But the name of the square itself dates to 1841. Before it was called Ulfeldts Plads, named after Corfitz Ulfeldt (1606-1604) who built a mansion here - but nothing remains of it today. Ulfeldt was Steward of the Realm for the Danish king, but ended up in the service of the Swedish king. At a time when Denmark and Sweden were at war. He actually betrayed the Swedish king too, was sentenced to death, but was offered a chance to return to Denmark - where he was imprisoned, after which he left the country. And once again he got into a plot to overthrow the Danish king, which the king reacted to by condemning him to death (in his absence) and confiscating all his belongings, including his Copenhagen mansion which was demolished (in 1663).