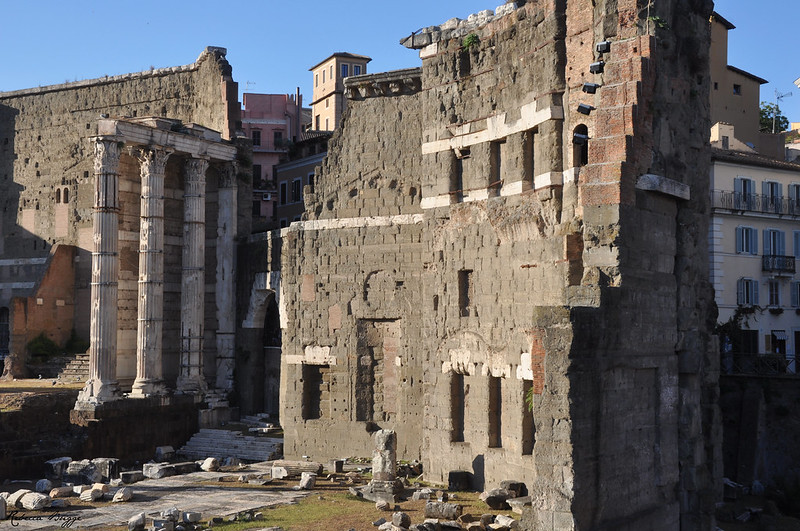 Rome is full of ancient ruins, remains that hint of the glory that once was - and though these ruins can go a long way to explain how things once looked, there is no getting around that what you can actually see are just bleak shadows of the past. But then again, these remains are 2 000 years old and that is, in itself, quite remarkable.

This is the right side of the Forum of Augustus, one of the Imperial Fora, close to Forum Romanum. It was inaugurated, but not finished, in 2 B.C. The columns to the left are remains of the Mars Ultor temple, a temple Augustus had vowed to build already in 42 B.C. The little arch you can see right next to the right of it, is the remains of the Arch of Germanicus, one of two triumphal arches built by the successor emperor Tiberius. The forum was used for not only war-god worship, but also legal proceedings and was full of statues - the whole right side of the area, the part we are looking at here, was full of portraits of the Julio-Claudian dynasty, of which Augustus himself was a part.

The walls themselves were made of local stone, but then clad and decorated with Carrara marbles and other more exotic stones (much of which have been removed later on, exposing the walls themselves in a way that a Roman never would have been able to see them). You can also see imprints of roofs in the walls, also long since gone.