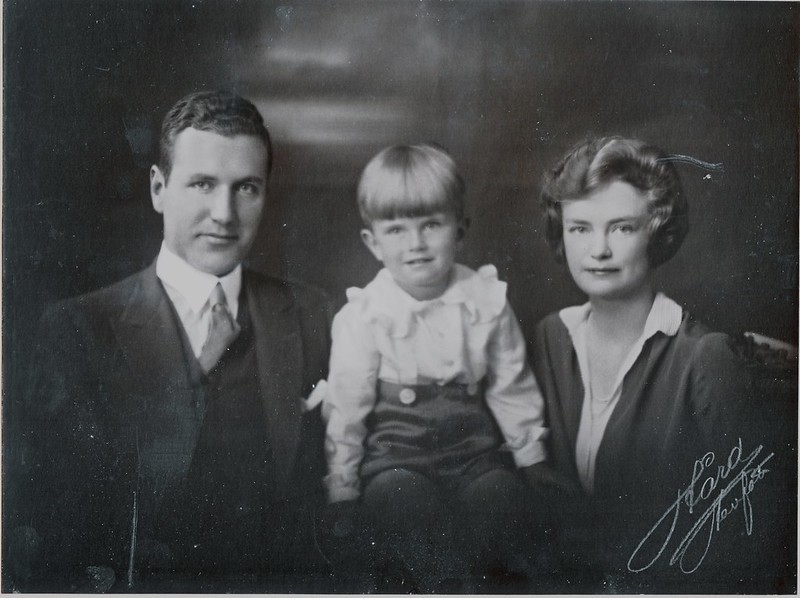 For once a vintage photo from my own family. This is my grandfather, his first wife and their son Jan, my father's half-brother. I have no exact date, but it is probably taken around 1927-8.

My grandfather was Fredrik Otto Bugge, born in April 16 1895 in Bergen, Norway, and his wife at the time was Anna Brita Dymling, born in 1900 in Härnösand, Sweden. Jan (full name Jan Otto Richard) was born February 23 1923. They would later also have a daughter. Sometime in the 1930s they divorced (and my grandfather would marry my grandmother in 1940). My grandfather died in 1959, in Stockholm, where he was then living with his wife and son (my dad, then 11 years old). Anna Brita died in 1986.

Jan was still in school when the second world war had started, but when he was home for the holidays (he went to boarding school) he left home to join. He started as an interpreter for the British forces in Norway, and later joined the Norwegian air-force in England in 1941. He was first with the 331 squadron on the Orkney Islands, and later he went to the 332 squadron. He was sent to Canada for training to become a radio navigator and then went to the 85 squadron. He was killed in an accident while training on February 9 1944. He was awarded 3 medals for his services.