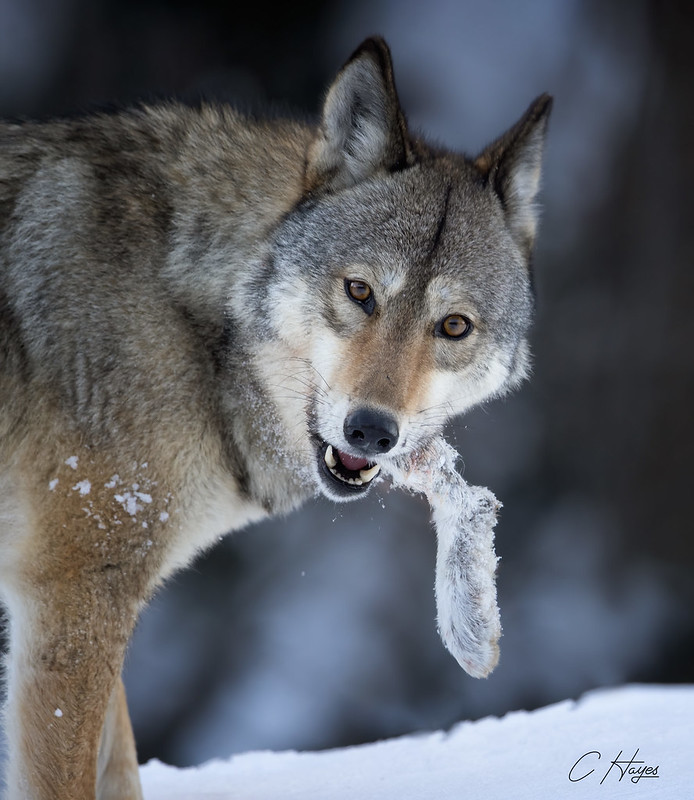 On the weekend I had one of my best wildlife encounters ever when out of know where I came upon 2 Eastern Wolf eating a snow shoe hare.
eastern wolves, previously considered a subspecies of gray wolf, , actually represent a separate species . Algonquin wolves, also referred to as Eastern wolves, are classified as a “threatened” species. The wolves are found only in a handful of places, including Algonquin Park in Ontario, Canada. The Eastern wolf has disappeared from almost all of southern Ontario, largely as a result of loss of habitat through forest clearance and farmland development. Hybridization could also be a potential long-term threat to the genetic integrity of Eastern Wolf populations.
Less than 500 Eastern wolves remain in the wild; most Eastern wolves live in central Ontario and western Quebec, and with the highest population densities found in Algonquin Provincial Park.