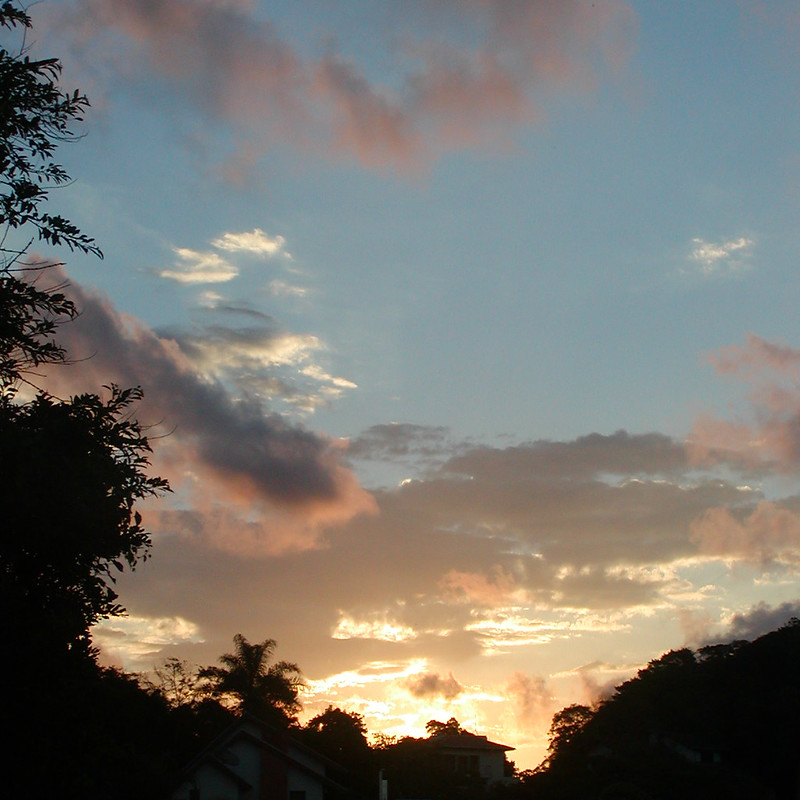 ...and he loves sunsets...
If you want to visit his stream...go here...
flickr.com/photos/andreypatitucci/

Andrey is also a Software Architect and a pilot. Once he flew over the house at the beach, coming exactly from the same direction of this Sunset. We knew he would do it and went to the veranda to watch him. He was bringing a plane from southern Brasil (Porto Alegre) to Santa Catarina.(also a southern state, where I spent vacation now) It was amazing! Then, the beautiful white plane began to vanish in the magical blue of the sky, like a seagull, on its way. :)))
I took pictures that day, but they are pre-digital. Have to scan them.
:)))))))))))))))))

Check it out on Black...it is worth it, I promise!!