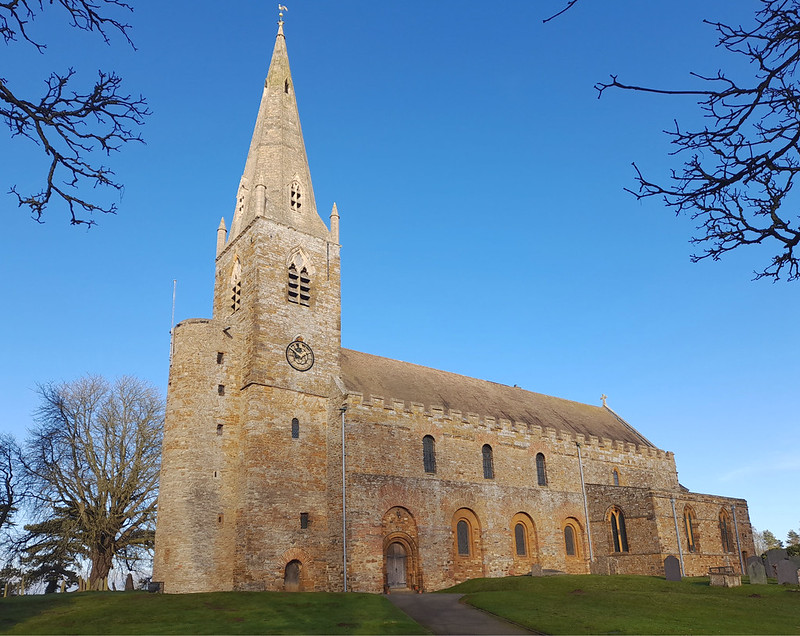 All Saints Church at Brixworth in Northamptonshire is the largest English church that remains substantially as it was in the Anglo-Saxon era. It is designated as a Grade I-listed building and is also considered one of England's outstanding church buildings as well as being the second oldest in the country.

The church is unusually narrow for its height, and we know from excavations that this building was once much wider. This has one of four remaining Anglo-Saxon stair turrets in England. The upper stages of the tower and the spire were added in the 14th century.