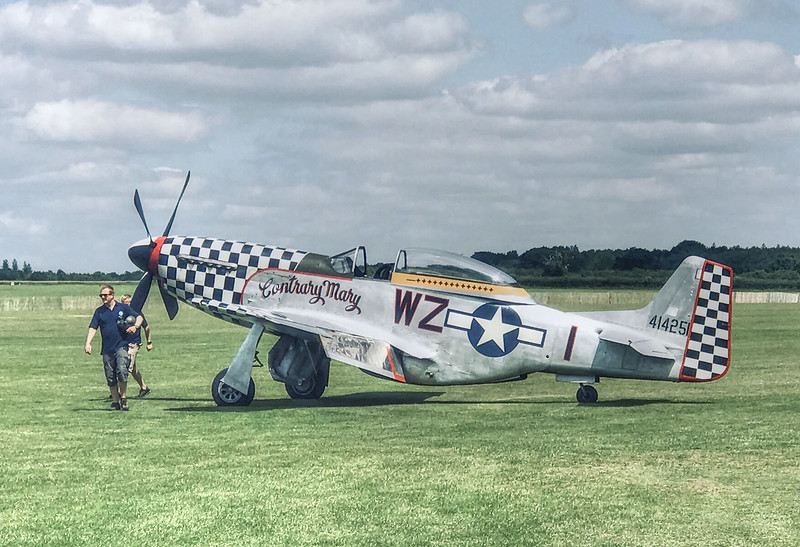 We've recently been popping over to Sywell Aerodrome in Northamptonshire for a spot of lunch, and today came across a former USAF Mustang. This was the plane whose performance was vastly improved through fitting it with a Rolls Royce Merlin engine. Eventually, the definitive version, the P-51D, was powered by the Packard V-1650-7, a license-built version of the two-speed two-stage-supercharged Merlin 66, With drop tanks fitted, the plane was then able to escort American heavy bombers all the way to Berlin.

"Contrary Mary" was built in 1944 as a single seat P51D fighter and was then known as "Miss Velma" .It was later converted to two-seat TF-51D configuration. It was damaged in a short landing at Duxford a couple of years ago and needed restoration including a new wing.The repairs were undertaken in 2018 and it was repainted as "Contrary Mary".

For details of the development and history of the Mustang fighter please see en.wikipedia.org/wiki/North_American_P-51_Mustang.