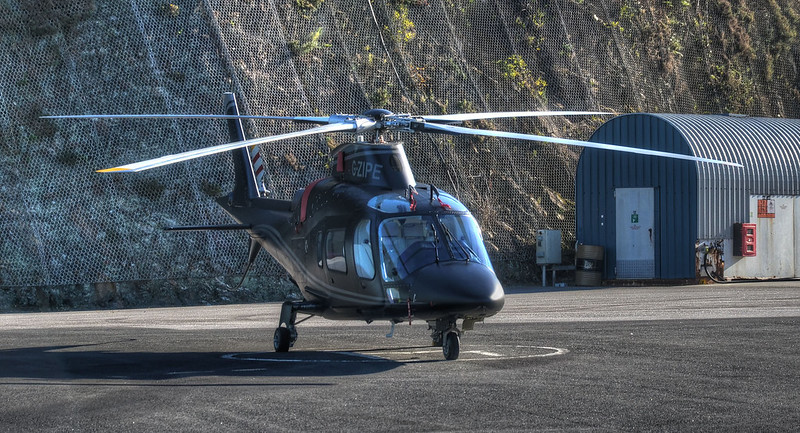 I spotted this AgustaWestland AW109E helicopter at the premises of Castle Air at Trebrown, near Liskeard in Cornwall. The company, which has other facilities at Biggin Hill and at Gloucestershire Airport, is involved in the charter, management and sales of aircraft. According to their website they have a fleet of AW109 turbine helicopters available to charter.

Developed as the A109 by Agusta, the helicopter originally entered service in 1976 and has since been used in various roles, including light transport, medevac, search-and-rescue, and military roles. The AW109 has been in continuous production for 40 years. It is a lightweight eight-seat twin-engine helicopter, known for its speed, elegant appearance and ease of control.