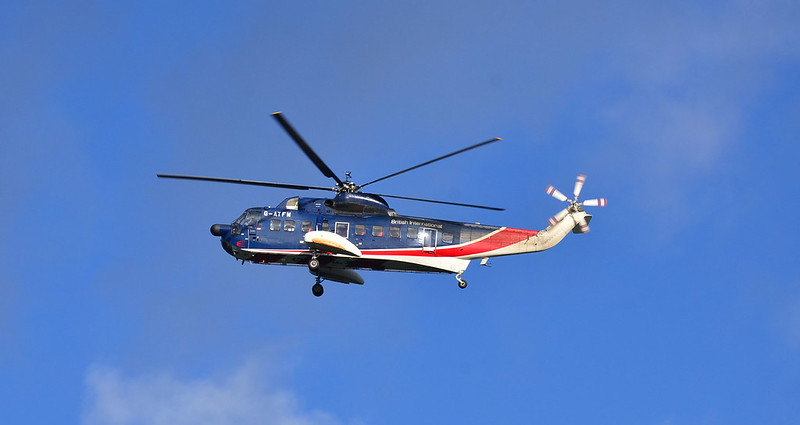 We spotted this rather grand old lady of the skies twice flying over Cremyll in south-east Cornwall when we were there on 28 November 2017. Can it really be 50 years old?

It subsequently spent 16 years with British Airways (1970-86) and has been with British International since then, other than an eleven-year period (Jan 93 - May 04), when it was with other carriers. It has been based at Newquay Airport since May 2017.