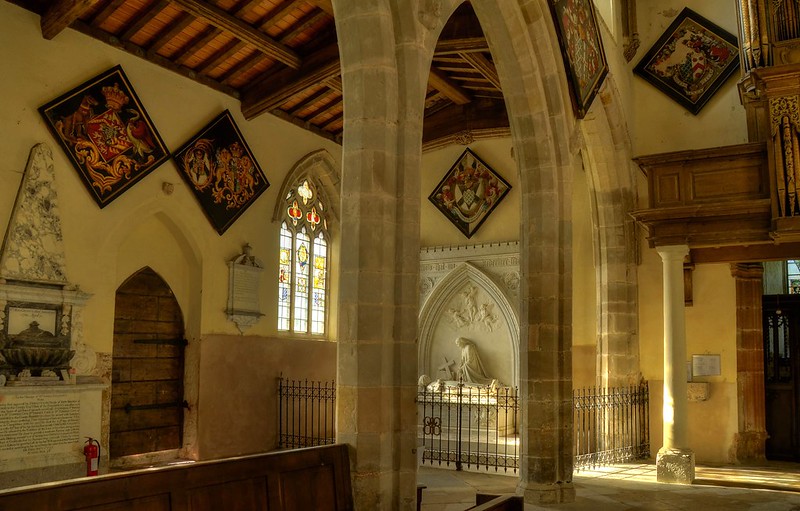 As you enter the church through the South Door this monument to Sarah Baroness Braye (d. 1862) is immediately on the left. It was designed by Mary Thorneycroft and is in white marble of her asleep on a mattress with her dog at her feet. Behind is a kneeling woman, and three angels, thought to be by John Gibson.