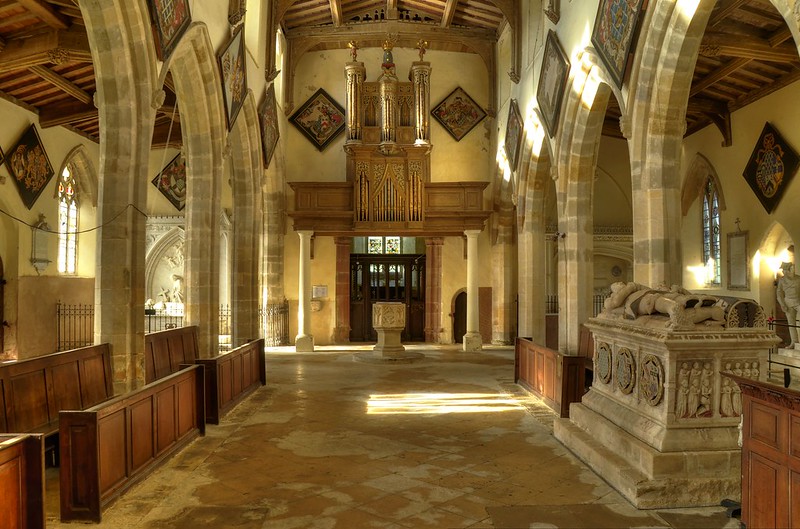 The main aisle is wide and there are relatively few pews here. The organ stands upon an oak gallery of classical Renaissance design. It belonged to King Charles I and stood in the Chapel Royal in Whitehall Palace. After his execution it was obtained by Magdalen College, Oxford. However, it was too small for their requirements and was bought by Sir Thomas Cave in around 1650 and brought to this church.