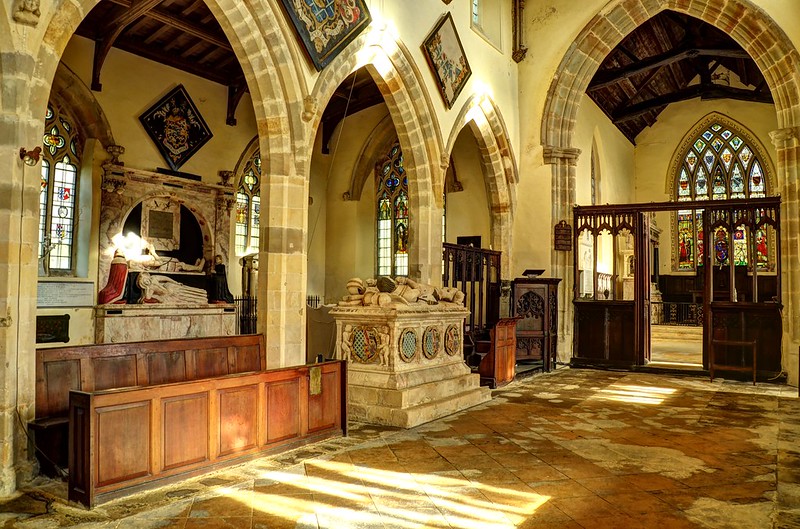 The tomb in the centre of the picture is of Sir Thomas Cave and his wife Elizabeth. The date is 1558. The memorial against the north wall is that of Margaret Cave and her husband Henry Knollys, shown with their two children.

Originally there was a Saxon church here, and this was replaced by a large Norman church. Then some two hundred years later in 1307 Alan de Aslaghby, who had been appointed vicar, decided to rebuild the church, retaining just the chancel from the existing Norman church, and enlarging its windows. The nave, aisles and tower were completely rebuilt. The roof timbers in the Chancel are thought to be the original Norman ones.