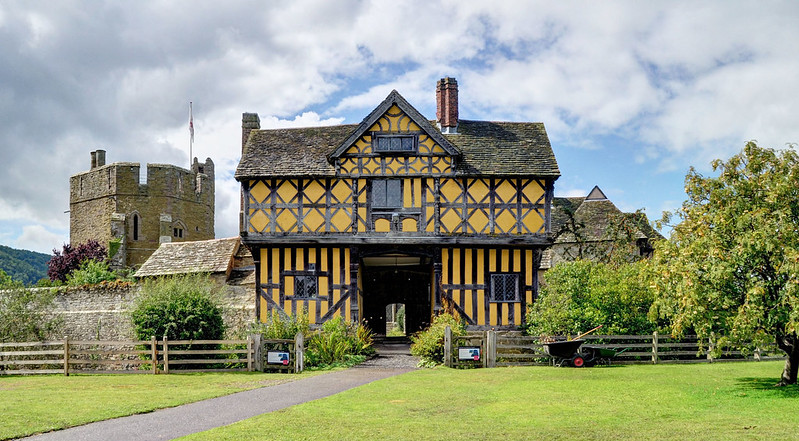 Stokesay Castle near Ludlow in Shropshire is "one of the best-preserved medieval fortified manor houses in England", according to historian Henry Summerson. The castle comprises a walled, moated enclosure, with an entrance way through a 17th-century timber and plaster gatehouse. Inside, the courtyard faces a stone hall and solar block, protected by two stone towers. The hall features a 13th-century wooden-beamed ceiling, and 17th-century carved figures ornament the gatehouse and the solar. The castle was never intended to be a serious military fortification, but its style was intended to echo the much larger castles being built by Edward I in North Wales. Originally designed as a prestigious, secure, comfortable home, the castle has changed very little since the 13th century, and is a rare, surviving example of a near complete set of medieval buildings.