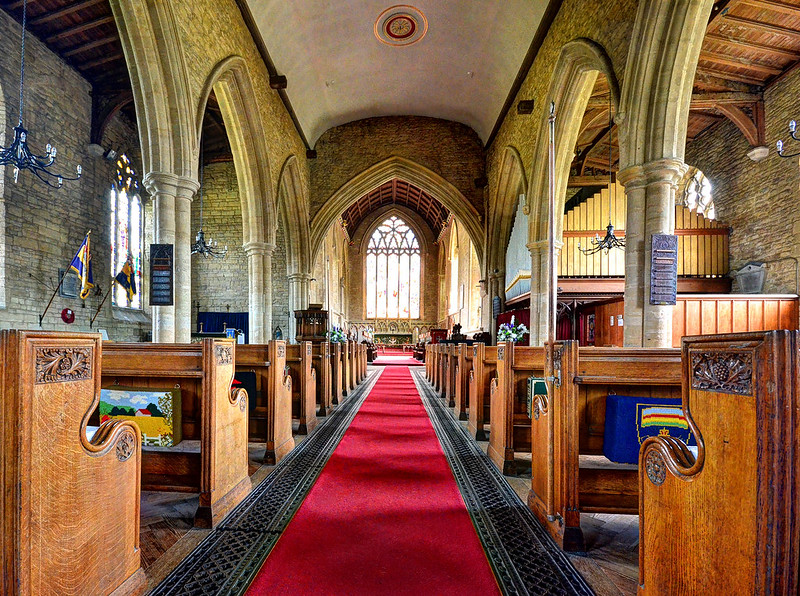 The 14th century Parish Church of St Peter and St Paul stands on the banks of the River Great Ouse at Olney in north Buckinghamshire. The church is where slave trader turned abolitionist John Newton – author of the hymn Amazing Grace – served as curate from 1764 to 1779. There is a stained glass image of him at the church, as well as a representation of his ship in storm during which he converted to Christianity.


The church has a slightly unusual appearance due to the fact that the roof of the nave is lower than the roof of the chancel, and of slate rather than tile. This is because the nave was altered in 1807, when the clerestory was demolished and the old roof timbers and lead were sold. The north aisle was partly rebuilt in the sixteenth and seventeenth centuries, and the south aisle was largely rebuilt in 1831. The windows in both aisles display the flowing tracery characteristic of fourteenth century ecclesiastical architecture, although they were much restored, and in some cases replaced, in the nineteenth century.