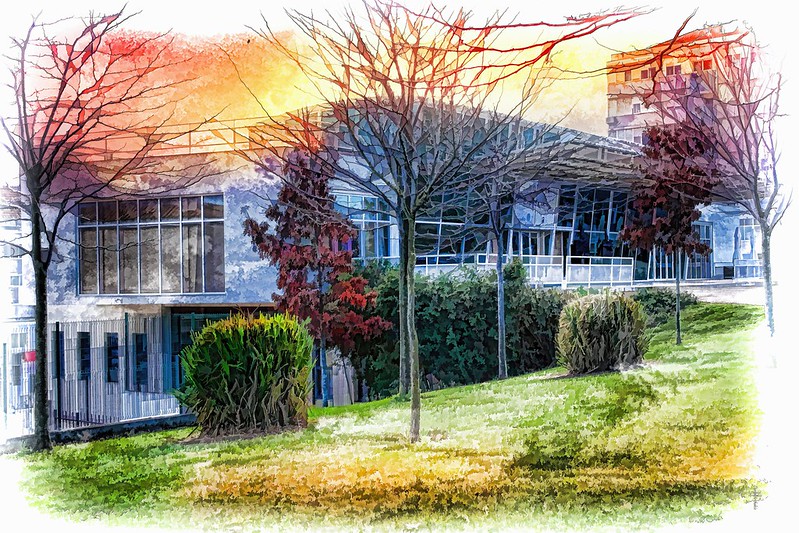 Philologically, the word “Odivelas” comprises two elements "Odi" and "velas". The first is of Arab origin and means "watercourse". "Velas" is a Latin word referring to the sails of windmills.
The history of Odivelas municipality is associated with King Dinis, since the birth of Odivelas region dates back to the thirteenth century when
King Dinis decided to erect in Odivelas, a monastery, invocating St. Denis and St. Bernard, attracting to this territory and the surrounding regions, members of the court nobility, artists and the people.

The Odivelas Exhibition Center is a cultural facility consisting of several cultural spaces and working studios in different cultural areas, which aims not only the diffusion but also the creation of culture in Odivelas municipality.


For the next week the theme is : ABSTRACTS
- Begins February 16 and ends February 22 in our group :

Work made from a photo of mine taken in Odivelas, Lisboa, Portugal.