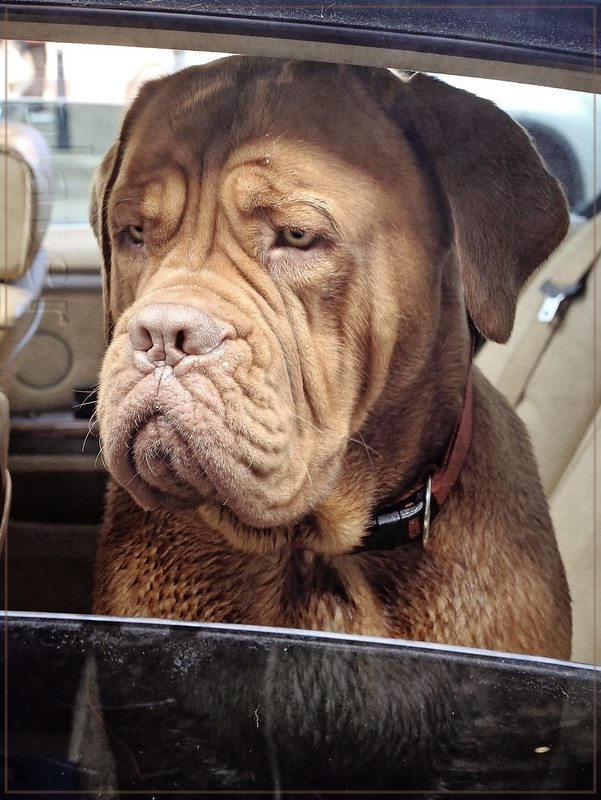 © aka Gerald All Rights Reserved

Dogue de Bordeaux or Bordeaux Mastiff or French Mastiff or Bordeauxdog is claimed to have the largest head in the canine world, in proportion to the rest of the body. A male dog weighs more than 50 kg.

The Dogue de Bordeaux is even-tempered, protective by nature, and is vigilant but without aggressiveness.

Indications of purity of the breed include a pink nose, light eye color (dark amber), and red mask.

This dog was known in France as early as the 14th century particularly in the region around Bordeaux. Hence, the city lent its name to these large dogs........Wikipedia

A Look that is without Aggression

The owner left his two large dogs in his luxurious BMW to pick up his bread. Trust me, you wouldn't want to sit in the back seats after them despite they are comfy leather seats.
[Permission was granted by owner to take pictures of his dogs. Thank you sir.]