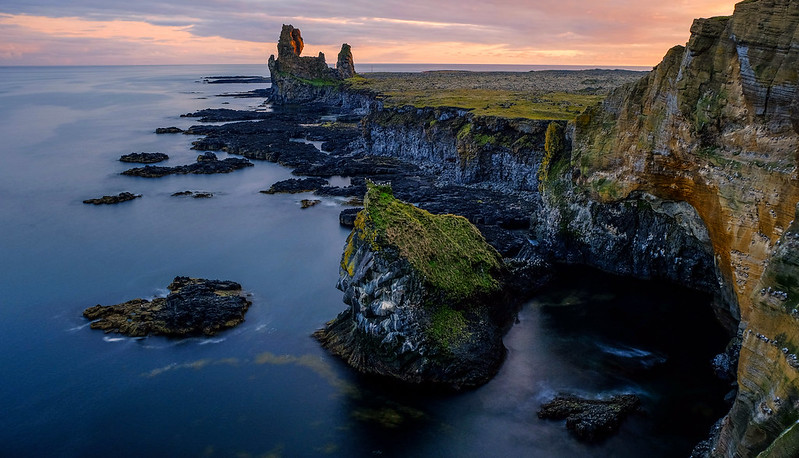 Lóndrangar are two pillar rocks by the sea on the Snæfellsnes peninsula. They are the remains of a volcano.
"Uniquely-formed remnants of ancient basalt volcanic dikes sticking out from the sea.
Londrangar and the hill Svalthúfa are the remains of a crater, which has been eroded to its present form by the sea. The farmers in the area never made or make hay on the hill, because it is said to belong to the elves living in the area.
Younger lava fields surround this old crater ruin. The higher pillar (75m) was first climbed in 1735 and the lower (61 m) in 1938.
The lighthouse was built in 1917 and rebuilt in 1946.
Below the hill you may find Thufubjarg cliff where according to a folktale the poet Kolbeinn Jöklaskáld had an encounter with the Devil.
On these cliffs, puffins and fulmars have their nests."