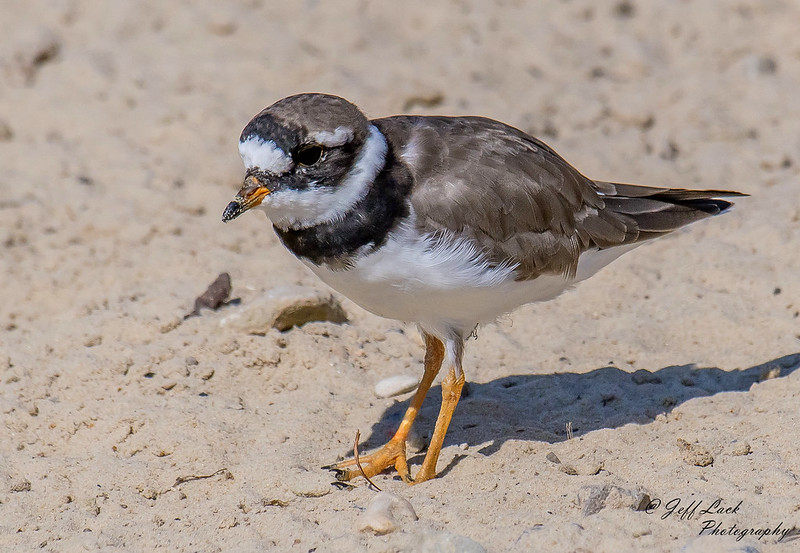 
The common ringed plover's breeding habitat is open ground on beaches or flats across northern Eurasia and in Arctic northeast Canada. Some birds breed inland, and in western Europe they nest as far south as northern France. They nest on the ground in an open area with little or no plant growth.

Common ringed plovers are migratory and winter in coastal areas south to Africa. In Norway, geolocators have revealed that adult breeding birds migrate to West Africa. Many birds in Great Britain and northern France are resident throughout the year.

The ringed plover is a small, dumpy, short-legged wading bird. It is brownish grey above and whitish below. It has a orange bill, tipped with black, orange legs and a black-and-white pattern on its head and breast. In flight, it shows a broad, white wing-stripe.

They breed on beaches around the coast, but they have also now begun breeding inland in sand and gravel pits and former industrial sites. Many UK birds live here all year round, but birds from Europe winter in Britain, and birds from Greenland and Canada pass through on migration.