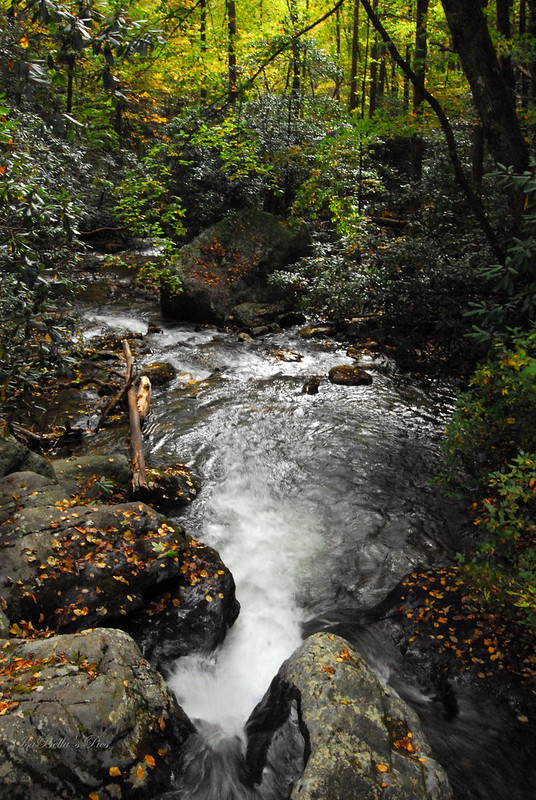 I wondered if this pristine land with its splendid woodlands and running streams were part of the
imposed exile of the Indians from the white man.a part of the "Trail of Tears"..I was deep in the Chattahoochee National Forest,about 10 miles in to be exact ..doing five miles an hours on those crazy winding roads.At one point a bear cub ran across the road in front of us just as we had said aloud "I wonder if we will see a bear"!!
About the time the Mississippian culture began to decline (1450 AD), the Cherokee began a westward movement, establishing a village (called Tugaloo Old Town) near an ancient Moundbuilder city. Moving west to Nachoochee, the Cherokee inhabited another Moundbuilder city on the Chattahoochee River. Over the years the Creek and Cherokee battled for control of present-day north Georgia, eventually using the Chattahoochee as a dividing line. Controlling an area stretching from the Ohio River south, and west to the Mississippi, the Cherokee would see this erode to little more than the area of present-day north Georgia. In 1838 the Cherokee were forced to leave Georgia on "The Trail of Tears."