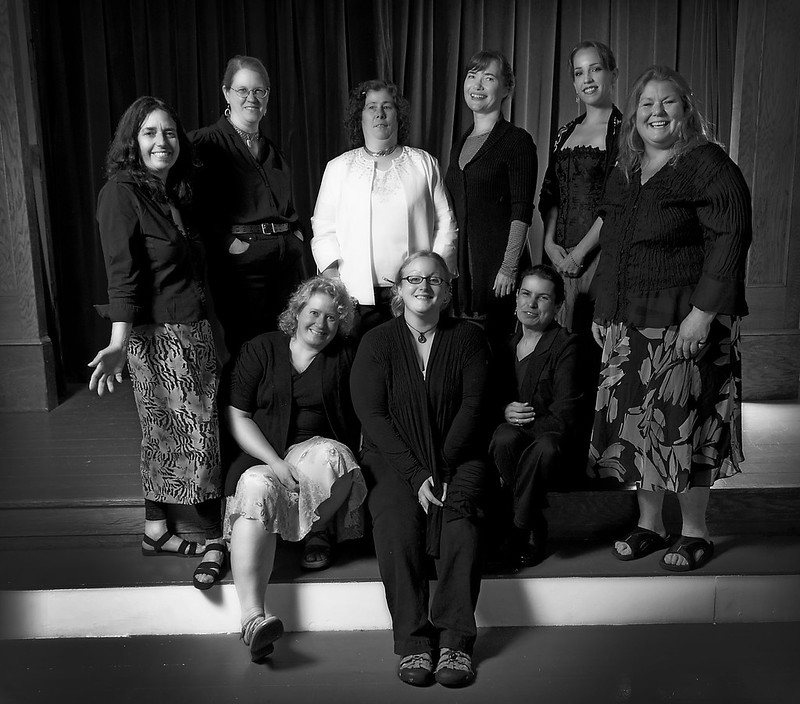 ..who happen to be fantastic artists.

What is Gallery X?
Located in New Bedford's historic downtown, Gallery X is an artist owned and operated community art center. We are a 501(c)(3) non-profit organization that is open to the public free of charge. Gallery X occupies the former Universalist Church at 169 William Street, just blocks from the Whaling Museum, National Whaling Historical Park and the city's blossoming entrepreneurial business district. Our 150-seat facility hosts local and national visual and performing artists, musicians and writers.

Our Mission: Gallery X is a contemporary, cooperative art gallery of visual, performing and literary artist members and volunteers. It promotes cultural outreach through community partnerships, educational programs and monthly exhibits. It acts as an incubator for emerging artists, a venue for established ones and promotes interaction between them. Offering many arts and cultural programs on its own and with other cultural organizations we attempt to expand the audience for arts and culture in greater New Bedford.

The History of Gallery X
First conceived in the late 1980s and Incorporated on March 15, 1990, Gallery X was founded by former students of the Swain School of Design, local artists, and creative minded individuals as an arts cooperative. Gallery X rented a storefront on Spring Street in downtown New Bedford, between the former YWCA and the Zeiterion Theatre (both better known as the Y and the Z), thus inspiring the name Gallery X. At Spring Street, Gallery X was a showplace for artists, playwrights, thespians, musicians, and poets. Also hosted at Spring Street were art exchanges, children's art programs and workshops. In 1995 Gallery X moved to the former 1855 First Universalist Church building at 169 William Street, just half a block up from New Bedford's City Hall and the main branch of New Bedford's Free Public Library, and in 1998 the organization was able to purchase this historic building.

In 1999 Gallery X successfully restored the steeple of the former church building and volunteers helped to paint and restore the windows and building's west side and façade. In 2002, through a block grant from the New Bedford Office of Community Development, Gallery X received funding for a wheelchair lift. Volunteers constructed a handicap ramp and a handicapped accessible bathroom. In May, 2003, Gallery X's committed efforts in the restoration and upgrade of 169 William Street were recognized by WHALE at their annual meeting. Gallery X was awarded their honorary Sarah H. Delano award for diligent restoration of the former 1855 First Universalist Church of New Bedford. In 2004 Gallery X received a grant from the Island Foundation to hire their first staff person, an executive director.