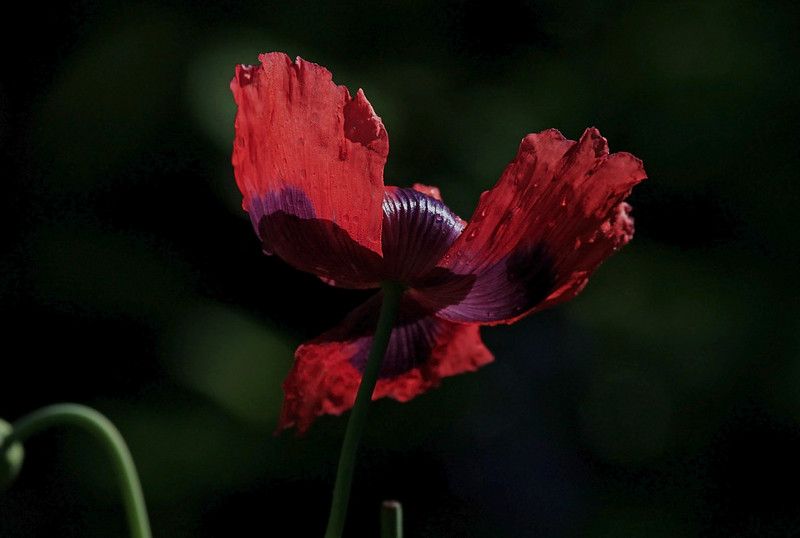 Papaver rhoeas, with common names including common poppy, corn poppy, corn rose, field poppy, Flanders poppy, and red poppy, is an annual herbaceous species of flowering plant in the poppy family Papaveraceae. It is notable as an agricultural weed (hence the common names including "corn" and "field"). Especially in the Commonwealth, it is used a symbol of remembrance of the fallen soldiers and other military, during World War I and thereafter.

Before the advent of herbicides, Papaver rhoeas was often abundant in agricultural fields, as the plant thrives in areas of disturbed soil. Flushes of poppies may still appear in fields where herbicides are not used, as well as those in fallow. The corn poppy and its cultivars such as the Shirley poppy are widely grown in gardens, and are frequently found in packets of seed labelled "wildflower mixes". (Wikipedia)

This image was taken at the Herb Garden of Heide Museum of Modern Art in Bulleen, Victoria, Australia.