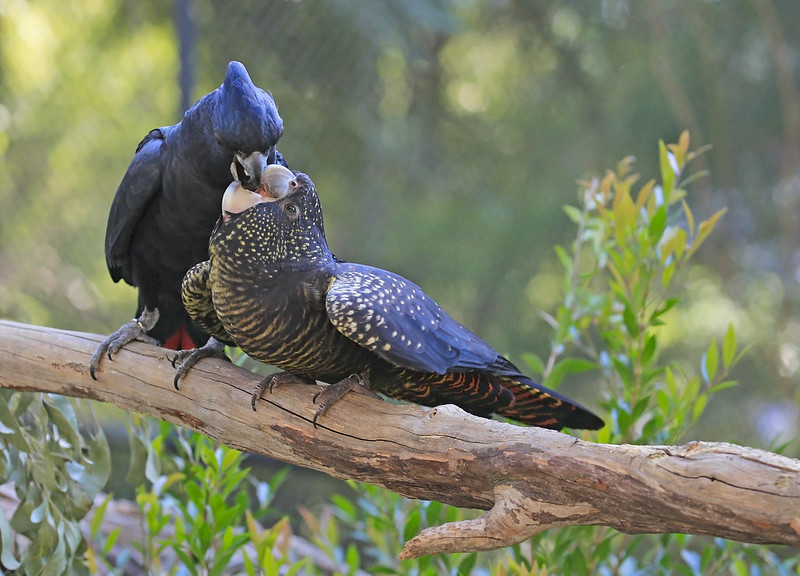 This images is included in a gallery "Birds" curated by Glass Angel.

As a courting gesture, the male on the left is feeding the female on the right.

A gregarious species, the Red-tailed Black-Cockatoo is often seen in large flocks, though it also occurs in pairs and trios. It is an active, noisy and conspicuous species which is mainly arboreal, spending much of the day feeding, sometimes in a loose association with Yellow-tailed Black-Cockatoos. At sunset, flocks of this species are often seen flying high, returning from feeding areas to roosts in large trees along the banks of rivers or streams. They may be less wary while feeding than at other times, and generally do not allow a close approach by an observer, readily taking flight and screeching loudly.

As its name suggests, the Red-tailed Black-Cockatoo is a cockatoo with largely black plumage and scarlet panels in the tail, at least in the males. Females have yellow spots on the head, neck and wings, and orange-yellow barring on the breast and undertail. Both sexes have dark brown eyes and brown-grey legs and feet; males have a dark grey bill, while the bill of the female is off-white. (Birdlife Australia)