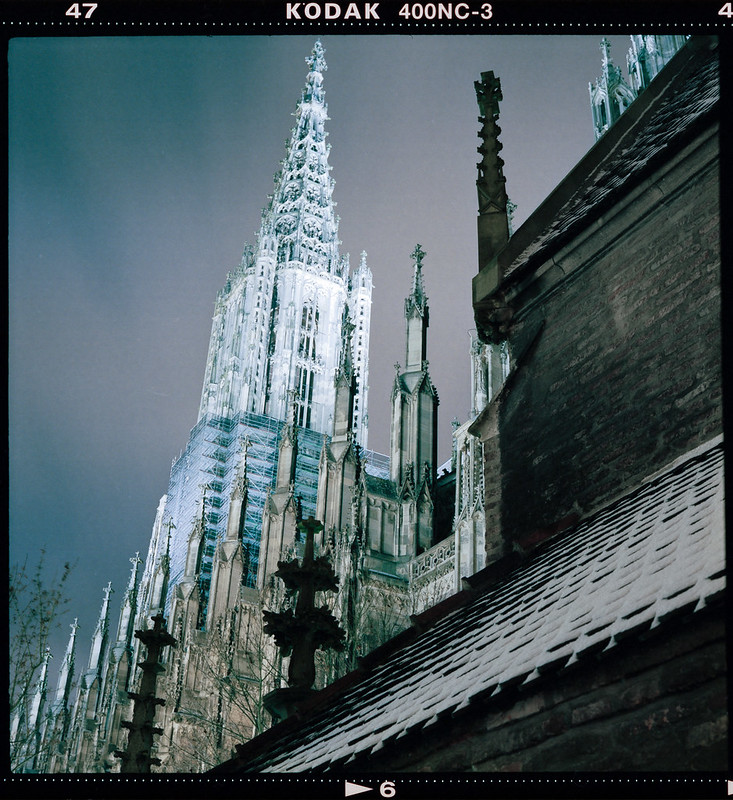 Similar to Cologne Cathedral, Ulm Minster is a famous example of Gothic ecclesiastical architecture. With its height of 162m it was the third-highest building in the world after Washington Monument (169m) and the Eiffel Tower (324m) at the turn from the 19th to the 20th century, and it is still the highest church in the world.