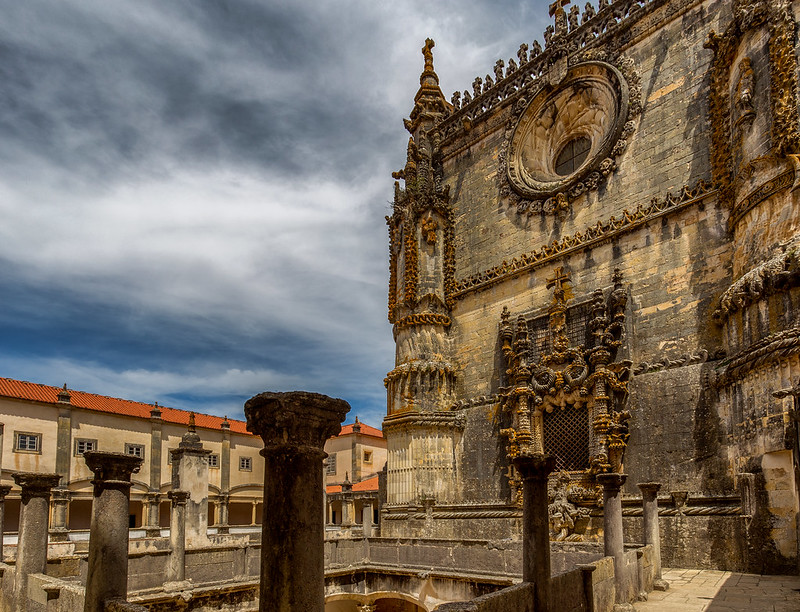 The Convent of Christ (Convento de Cristo) in Tomar, Portugal is a former Roman Catholic convent that is now a UNESCO World Heritage Site. In the 12th century, it was originally the Convent of the Knights Templar of Tomar. When the order was dissolved, control of the convent was transferred to the Knights of the Order of Christ in 1344. A representative example of the Manueline style that developed uniquely in Portugal in the 16th century, the Convent of Christ was designed as a monument symbolising the Christian Reconquest of Muslim-controlled territories.

The powerful Knights Templar was formed around the 12th century by a French knight to protect Christian pilgrims travelling to Jerusalem, some of whom were getting robbed and killed as they made their way through Muslim-controlled territories. Originally known as the Poor Fellow-Soldiers of Christ and the Temple of Solomon, they later called themselves the Knights Templar after they set up headquarters in Jerusalem’s Temple Mount. After many successful years, they received criticisms for their growing wealth, and soon many Templar members were being arrested, tortured, and killed. Pope Clement V dissolved the order in 1312.