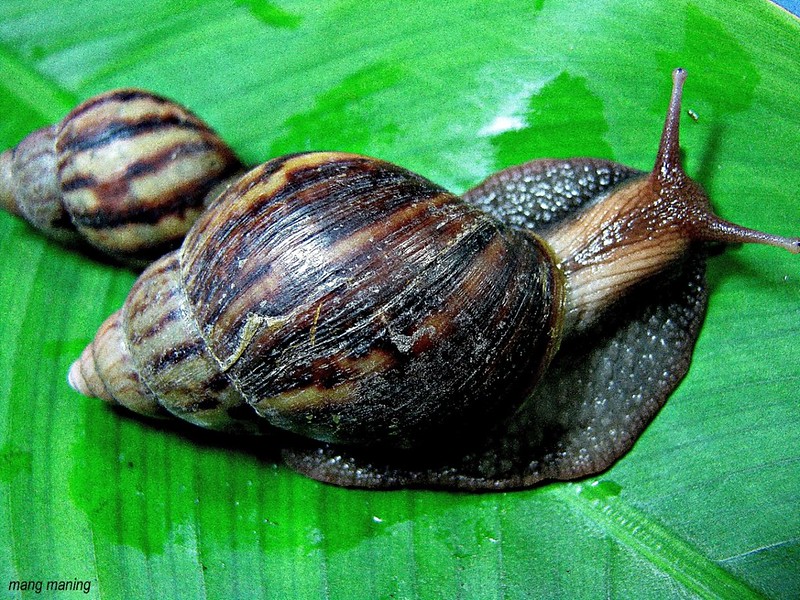 Snail is a common name for almost all members of the molluscan class Gastropoda that have coiled shells in the adult stage. When the word is used in a general sense, it includes sea snails, land snails and freshwater snails. Otherwise snail-like creatures that lack a shell (or have only a very small one) are called slugs.

Snails can be found in a wide range of environments including ditches, deserts, and the abyssal depths of the sea. Although many people are familiar with terrestrial snails, land snails are in the minority. Marine snails constitute the majority of snail species, and have much greater diversity and a greater biomass. Numerous kinds of snail can also be found in fresh waters. Many snails are herbivorous, though a few land species and many marine species are omnivores or predatory carnivores.

Most snails have thousands of microscopic tooth-like structures located on a ribbon-like tongue called a radula. The radula works like a file, ripping the food into small pieces.

Do not be afraid, Abram. I am your shield, your very great reward.