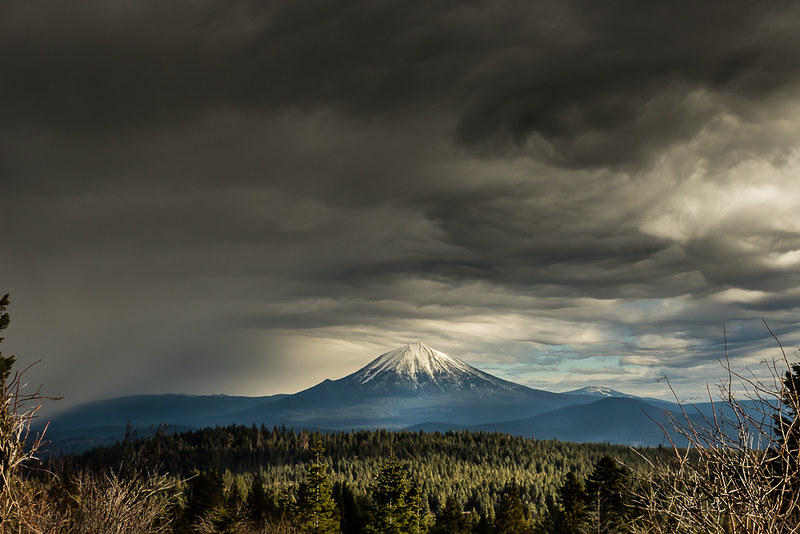 "Mount McLoughlin is a steep-sided stratovolcano, or composite volcano, in the Cascade Range of southern Oregon and within the Sky Lakes Wilderness. It is one of the volcanic peaks in the Cascade Volcanic Arc, within the High Cascades sector. A prominent landmark for the Rogue River Valley, the mountain is north of Mount Shasta, and Crater Lake lies to the northwest. It was named around 1838 after John McLoughlin, a Chief Factor for the Hudson's Bay Company. McLouglin's prominence has made it a landmark to Native American populations for thousands of years... Mount McLoughlin reaches an elevation of 9,493 feet (2,893 m).[1][a] The tallest volcano in between Mount Shasta — located 70 miles (110 km) to the south[5] — and South Sister 120 miles (190 km) to the north"
- en.wikipedia.org/wiki/Mount_McLoughlin