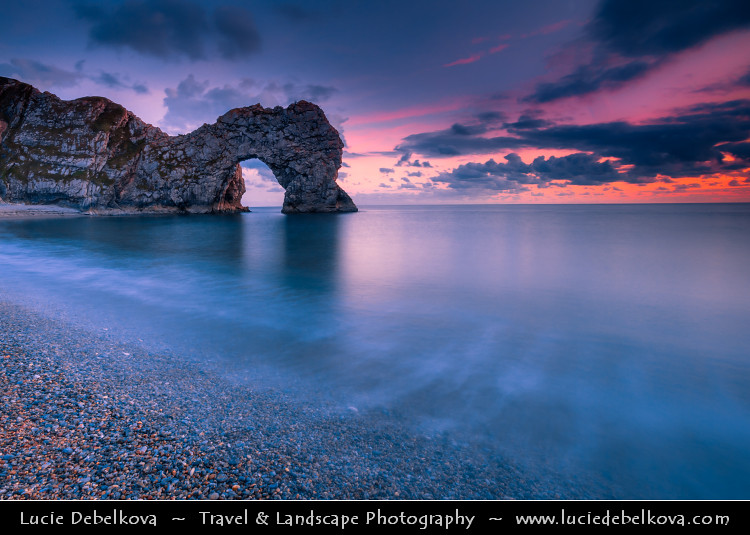 Durdle Door is one of the most photographed landmarks along the Jurassic Coast. This rock arch in the sea was formed as a result of the softer rocks being eroded away behind the hard limestones, allowing the sea to punch through them. Eventually the arch will collapse to leave a sea stack such as those that can be seen at Ladram Bay in East Devon. Below the cliffs lies a sweeping beach that was once three separate coves.

Of all of Dorset's beautiful and varied coast, the stretch from Worbarrow Bay to Osmington is supreme. Whitenose, Durdle Door, Lulworth and Mupe Bay are contained in this area. Green fields, rugged chalk cliffs and pebble beaches dominate this stretch of the coast. The Dorset Coast Path, part of the South West Way, leads you up hill and down dale along these beautiful Dorset Cliffs. Durdle Door is one of Dorset's most recognisable features. On a clear day you can see along the Jurassic Coast westwards towards Portland and eastwards towards Man of War Bay and Lulworth Cove.

Timelapse movies had become my new way of capturing my travels besides regular photography and this particular moment shows why. See for yourself at :